The longest bull run in history is over. After 11 years of growth, the markets have crashed in a way that no one could have predicted or at such savage speed. We knew it would end some day but a pandemic that would shut down schools, universities, pubs, restaurants, shops? Personally, I thought it would be something in the tech industry as the valuation of companies were just so huge.

We are always told that past performance is no guide to future performance and they are right. Like Covid 19, markets aren’t sentimental. They react to the now and to future events. What has happened in the past means nothing.

But as investors and advisors, we can’t help but look at what has happened before. It gives us a good indication of what we can expect from our investments. When we get double digit returns from our investments, we are always delighted to see our money grow by so much but we know not to expect that every year. 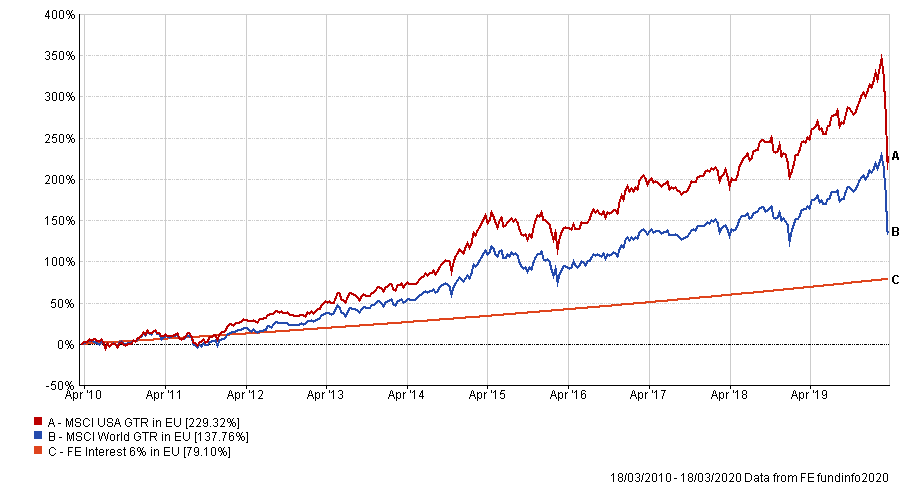 When I speak to clients about their expectations from their investments, they usually expect a return of 4% – 6% per annum. Things won’t go up in a straight line by 6% each year. That’s not how it works. Some years it will be up, others it will be down.

You have to remember that when you look at those average annualised returns for investments, the downturns are factored into the return. Lets look at some examples (disclaimer, I have purposely left out periods including both the dotcom and credit crunch. I had enough grief over negative 10 year returns when it happened and I have no intention of revisiting it now!). 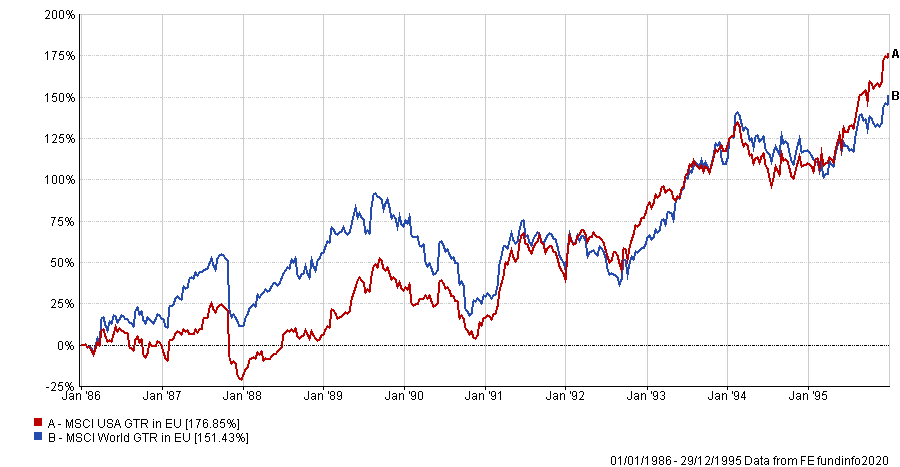 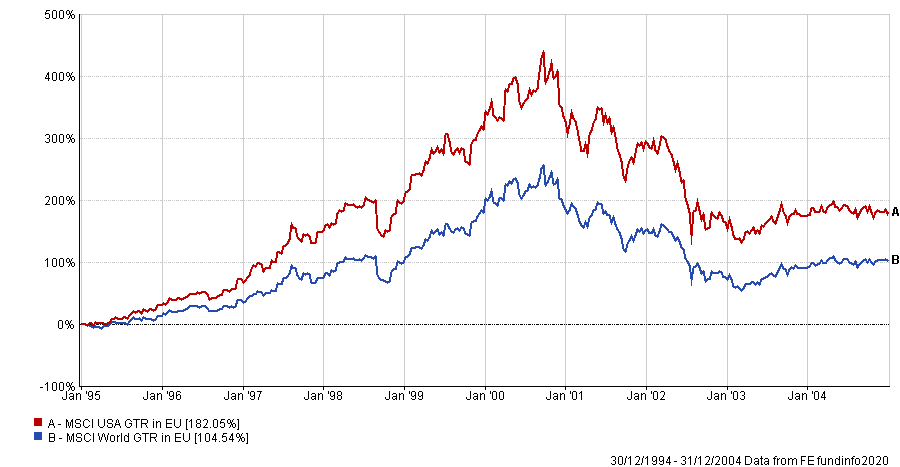 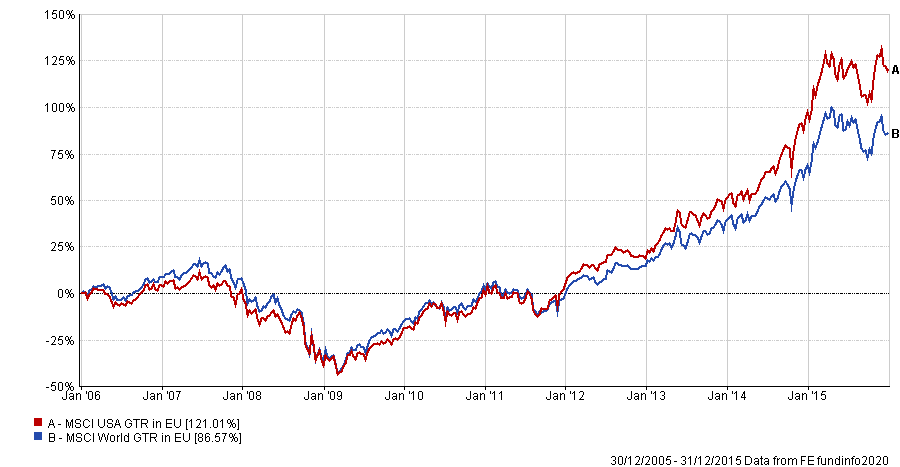 Covid 19 – The world is currently in the grip of a pandemic which has seen the sell off of stock in a way that hasn’t been seen since 1987. Even traditional safe havens such as gold and bonds are seeing negative returns as people seek liquidity in cash. But if you were invested for the last 10 years, you would see an annualised return of 12.66% for a US index and 9.05% for a World Index. 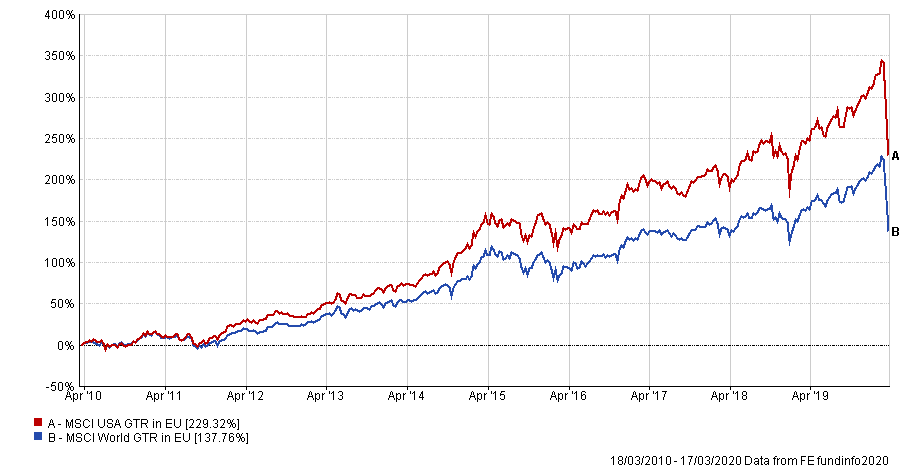 Who knows when this will end how much further it will drop. But we do know that those annualised returns you are quoted factors in all these falls. Like if you invested in these indices from 1975 to date, the an annualised return for the US index is 11.73% and 10.62% for a World Index. 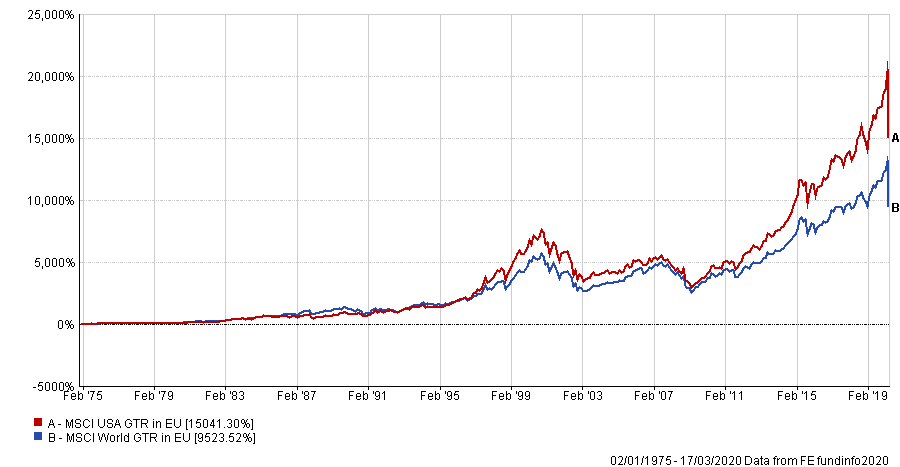 These returns take the upside as well as the downside. No one got out of the market when markets fell and got back in when there was signs of recovery. They took the good with the bad and as you can see, over the long term they did alright.

As always, if you have any questions, drop me an email at steven@bluewaterfp.ie