There is a vulnerability to retiring and not earning an income anymore. Instead of money coming in every month and your savings increasing, you are spending that money that you have saved over the decades. And not knowing how long we will live for means we don’t know how long our savings have to last us.

With the ARF being introduced over 20 years ago, retirees are opting to retain control of their pension savings into retirement. With that control comes responsibility for investment risk.

Pre retirement, if there was a crash, you could leave your pension alone and give it time to recover. But post retirement, you have to take income out of your ARF on an annual basis. What happens if there is a market crash just before you start retirement? Will that impact on how long your income will last?

We look at two people, Alice and Darragh who both have €1 million in their ARF. Both believe in capital markets and opted to invest their ARF in the MSCI World Index. Alice opts to take 4% from her fund each year as income. Darragh opted to take 4% of the initial investment amount each year as income i.e. €40,000 a year.  Both will receive their income as an annual lump sum on 1 December each year. We will look at what would have happened to their ARF depending on when they retired.

Retiring in 1995 is our control group. We saw a period of very strong market growth before a decade where there were two recessions. I wanted to see the impact of the two recessions after an investor had time to grow their money. 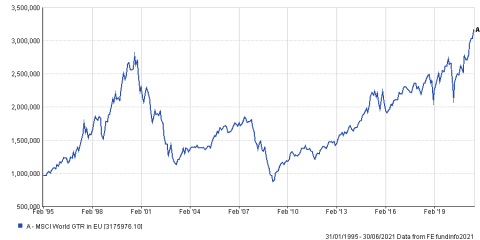 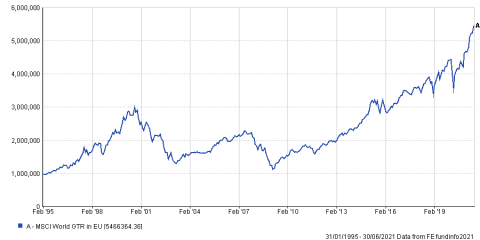 If you retired in 2000, you got cobbled from all sides. It started with the dotcom crash and just when things looked to have improved, the credit crunch recession hit. Two bad recessions in the first decade! Ouch. 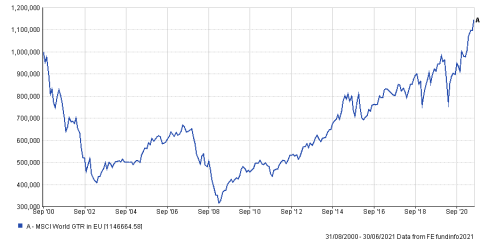 Darragh maintained his €40,000 income despite there being two recessions and was adamant he wasn’t making any adjustments. He got his last payment from his ARF in December 2020 of €28,000. He doesn’t have any money left. 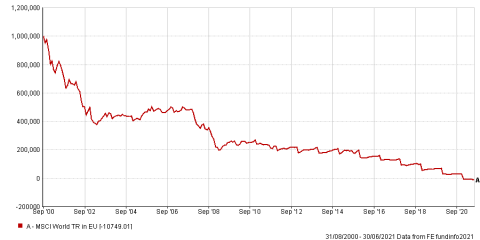 In this scenario, our retirees Alice and Darragh were lucky enough to miss the dotcom recession but unlucky to retire just before the second one of that decade, the credit crunch recession. 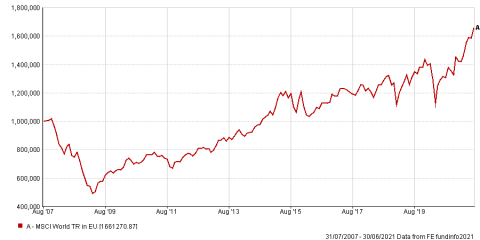 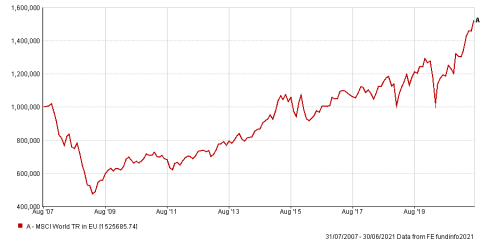 I picked extreme dates and investors with 100% equity investment, something that will not happen to most people but it does highlight the need to adjust your income to be able to maintain the value of your savings. Most retirees do take income as a percentage of their ARF, so it does adjust each year.

Maintaining a fixed level of income without adjustment through times of recession is going to increase your chances of running out of money. Likewise in times of growth, taking a fixed amount can leave more money in the asset to grow each year (in an ARF, you do have imputed distribution rules to satisfy). I also ran a scenario of a less risky 60/40 investment mix and if Darragh retired in 2000, he would run out of money next year, so it is clear the lack of adjustment of withdrawal rate is a telling factor.

I hope this of benefit to you. If you have any questions, drop me an email at steven@bluewaterfp.ie