The global economy is showing signs of stress as a decade of growth has slowed down and Trump’s trade war has begun to take its toll. Last week, Trump, who has always maintained that China were paying the tariffs, delayed his latest round of increases on products, so they wouldn’t effect the Christmas buying season. Is this an admission that the price of goods in the US would increase, meaning the American consumers are paying the tariffs? But one of the biggest warnings to the stock market was the inverted yield curve. What does that mean?

When looking at how the economy is doing, we tend to look at how the stock market is doing. Whether the stock market goes up or down means very little as tons of events can effect stock markets, some related to a specific company (people don’t like the new iPhone) or it can be more general (Donald Trump sending an angry tweet).

While everyone concentrates on the stock market, it is dwarfed by the bond market. This is how governments and companies borrow money. They go to the market and ask for an interest only loan to run the country. They pay an interest payment each year (a coupon) and at the end of the term, they repay the capital amount. 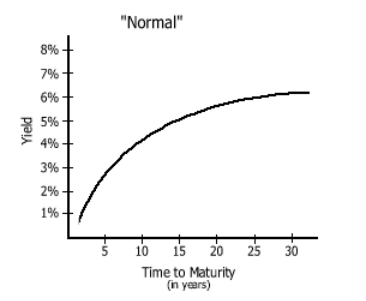 The return you get is displayed in a graph, showing higher returns for the longer you lend your money for. But over the last few months, return being received from shorter term bonds has been greater than longer term bonds.

Significance of an inverted yield curve

An inverted yield curve is a signal that the market has lower growth expectations of the future. The last nine times there has been an inversion, there has been a recession within the following 18 months. This is going back to 1957.

However, it does not mean there is going to be a recession tomorrow or the day after. It has been a signal in the past. But everyone is now aware of what an inverted yield curve is a signal for and so will work to try to prevent a recession with Central Banks around the world doing what they can to stimulate their economies.

It is certainly worth keeping an eye on.

If you have any questions, send me an email to steven@bluewaterfp.ie