Impeachment and US elections

If you have been following the impeachment hearings in the US, Ambassador Gordon Sondland’s testimony was pretty sensational last week. While the evidence is there that President Trump abused his power to go after a political opponent, the impeachment process is a political process, not a legal one. With the two political parties as divided as ever before, you can see any vote going along political lines and Trump surviving. But from an investor point of view, what kind of impact does impeachment have? Or what kind of impact does the US President have at all?

There is not that many examples to look at. There have only ever been two impeachment proceedings; Andrew Jackson in 1868 and Bill Clinton in 1998. Richard Nixon actually resigned before proceeding began. It is difficult to get data from 1868 and it was a different world back then but it is certainly worth looking at the time that Nixon was impeached.

The Watergate scandal stemmed from a break in of the Democratic National Committee headquarters in the Watergate Building in June 1972. The subsequent investigations into Nixon began in early 1973, with the impeachment process beginning against him in October 1973 after the Saturday night massacre. The process continued until August 1974, when tapes were made public and Nixon resigned. 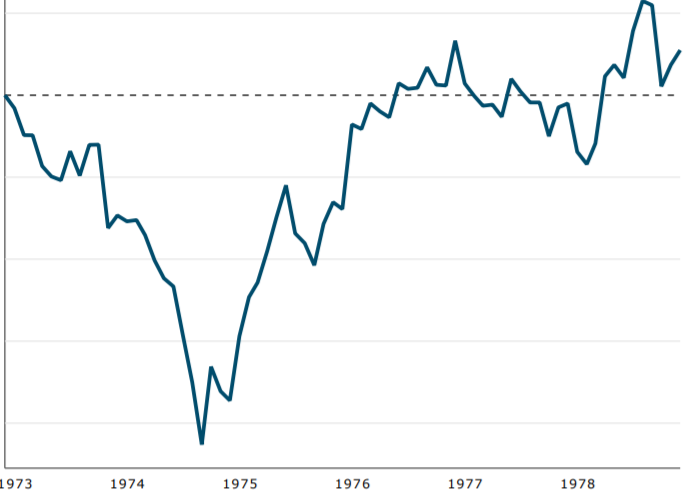 Bill Clinton was impeached in October 1998 for lying to Congress about having an affair with White House intern Monica Lewinsky. Unlike Nixon, Clinton went through the whole process and the US Senate voted not to impeach him in February 1999.

The stock market didn’t care at all. That fall in the S&P 500 towards the end of 1998 was due to Russia defaulting on their debt, not Clinton getting impeached. The US economy was too caught up in the dot com bubble at that stage!

Impact of US Presidents

What kind of impact does the person in the White House have on the long term investor? As you can see below, the US economy has grown considerably since The Great Depression almost 100 years ago. Of course, that doesn’t mean that the impact of crashes like the Credit Crunch recession can’t have a devastating impact on investors who need to access their pension or savings. But for those who can invest for the long term, the US economy keeps growing irrespective of who is in the White House. 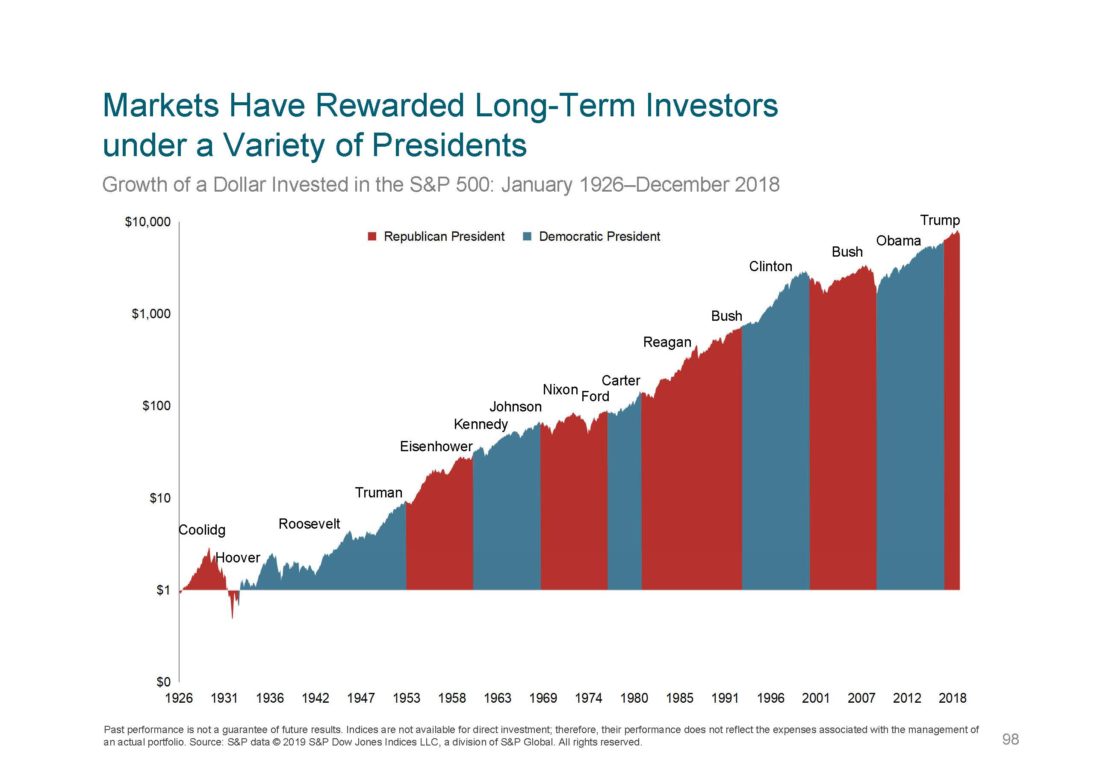 Are you nervous that impeachment will cause a recession in the US or the impact of a US election? Let me know at steven@bluewaterfp.ie